Careem: Affordable ride-hailing for the masses

Careem wanted an e-hail service platform where Riders (customers) who need to get to places, and Captains (drivers) looking to earn, can functionally interact.

From engineering & consulting to design & quality assurance, our resources developed Careem’s core platform, who were later acquired by Careem.

The result is one of the biggest transformations in the urban mobility industry, beginning from the Middle East, sprawling out to the rest of the world.

Careem acquires a chunk of VentureDive  in a hefty deal

Before Careem, the two most prevalent e-hail solutions in the market were Uber and Lyft. The problem with these was, they only covered the West. No such facility was available in the MENA region, which opened a rich window of opportunity for Careem to enter the industry, embed its roots, and scale sustainably.

The idea behind Careem was to make mobility easier, quicker and more affordable for people worldwide. With a ripe market for disruption and considerable demand in the region, Careem kickstarted its e-hail platform in collaboration with VentureDive as their technology partners.

The first production release of Careem took about 8 months, which included the launch of the Careem’s core web application, Rider app (for iOS & Android), Captain app (for Android only), and the admin portal. Being an intricate product with detailed software infrastructure, it was a massive engineering feat to pull off in a short time.

Careem wanted to make the everyday, extraordinary. They wanted their captains to earn more with the lowest possible waiting times. Our development teams spent two weeks at the Careem headquarters to work side by side with their Product and Engineering management teams. After endless meetings and brainstorming, we landed on an innovative approach involving machine learning, which enabled Careem to predict ride demand at any location with 90% accuracy, within 2 weeks. The system was designed and programmed in a way that it learned and attuned itself to customers’ preferences after 6-month use. Choosing the best technology, our teams collectively created robust application architecture and immaculate user flows, making the journey memorable for the Riders.

The vast scope of the project required dedicated resources to be allocated for Careem. These included developers, quality assurance engineers and technology consultants. The team consisted of experienced, as well as junior resources, who collaborated with product engineering leads at Careem, to strategize and build the application.

We worked exclusively with Careem, reducing their overhead & infrastructure costs, time spent on recruitment, and management hassles. VentureDive provided them with resources, who were managed by Careem Product and Engineering Managers. They were located remotely in VentureDive’s offices, yet they worked with Careem as if they were a part of their own team. Careem set their goals and objectives, and even reviewed their performances. Meeting all the performance engineering standards set by the Careem Engineering team, we were able to build and deliver the app within record time.

Careem was definitely impressed with our efforts which became evident when they acquired VentureDive’s development team for creating and deploying multiple other verticals they launched.

From a disruptive startup to becoming an industry leader

Careem’s partnership with VentureDive goes beyond engineering and e-hail solution. It’s about forming lifetime partnerships and friendships along the way, where connections go way back, when Careem, as we know it now, was just an idea. Through such technological innovation, Careem achieved its objective of becoming the e-hail pioneer in the MENA region.

This data is from December 2019 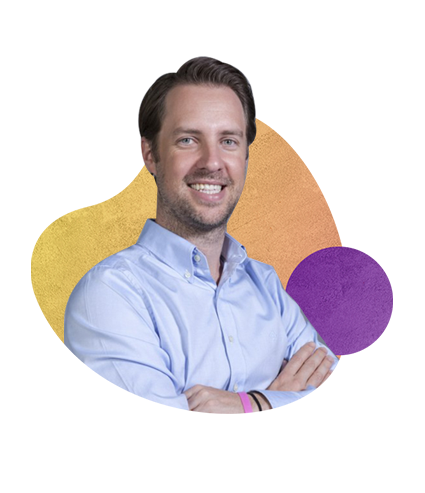 The ownership, agility and technical know-how shown by the guys and gals at VentureDive not only helped us launch our product in record time, but it also felt like having our own engineering crew sitting with us in Dubai!

Since its establishment in 2012 in Dubai, UAE, Careem has grown to become the largest e-hail solution in the MENA region. With a mission to simplify and improve the lives of people, and build an organization that inspires, Careem has remained determined to provide the average commuter with affordable and feasible mobility solution. They have empowered their customers by allowing them to have the‘private car’ experience without having to own one.

We use cookies on our website to give you the most relevant experience by remembering your preferences and repeat visits. By clicking “Accept”, you consent to the use of ALL the cookies.
Cookie settingsAccept
Manage consent

This website uses cookies to improve your experience while you navigate through the website. Out of these, the cookies that are categorized as necessary are stored on your browser as they are essential for the working of basic functionalities of the website. We also use third-party cookies that help us analyze and understand how you use this website. These cookies will be stored in your browser only with your consent. You also have the option to opt-out of these cookies. But opting out of some of these cookies may affect your browsing experience.
Necessary Always Enabled

Any cookies that may not be particularly necessary for the website to function and is used specifically to collect user personal data via analytics, ads, other embedded contents are termed as non-necessary cookies. It is mandatory to procure user consent prior to running these cookies on your website.